Home Arte The Museum Geological Gemmellaro of The University of Palermo: the most important...
Facebook
Twitter
WhatsApp
Telegram 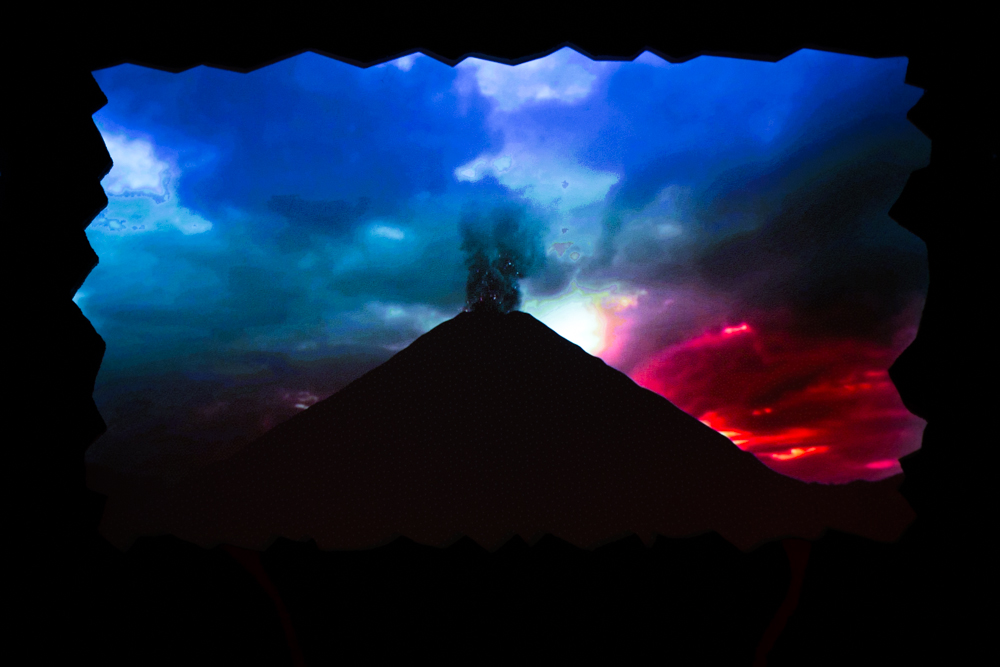 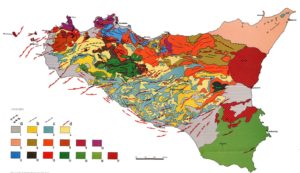 The Geological Museum Gemmellaro of the University of Palermo had the honor of an official visit of the Renzi Government in the person of Vice-Minister of the Ministry of Education Mr. David Faraone. The institutional visit is born a propos of innovative virtual installations that made the Museum Gemmellaro a modern and avant-garde museum with modern times characterized by information technology and new media and of the technologies interactive. The realized works have certainly made the most dynamic museum, more interactive and extremely attractive for both young sicilian students of high school and of middle school, for the educational visits, which for the Archaeology and Geology enthusiasts. Consider that the Gemmellaro Museum is one of the richest of archaeological finds of the world as it holds over 600,000 artifacts classified. During the visit, the Vice-Minister to the Ministry of Education, Mr. Davide Faraone, was very congratulated the Director of the Museum, Prof. Valerio Agnesi, and the Rector of the University of Palermo, Prof. Fabrizio Micari, which, in collaboration with the society Media & Service of Palermo, have built and created the innovative elements of virtual reality in an important museum which now manages to attract young and old lovers of new immersive and multimedia technologies.

«The meeting was good and fruitful. It’s clear that the Museum Gemmellaro is a structure that works very well – said at the conclusion of the official visit the Vice-Minister of the Ministry of Education, Mr Davide Faraone. – The Museum has been able to combine the archaeological finds with the need for a technological innovation in communications and in the enjoyment of the Museum. We were able to create the conditions why you can generate wealth from the Museums. This kinds of results, in Sicily in the past never happened, and the Gemmellaro Museum is a good successful example for doing the same things in future in sicilians Museums.» 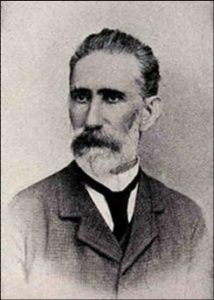 Very few people in Italy knows that the Geological Museum Gemmellaro is one of the most important geopaleontological museums of Europe and it is, at the same time, the richest Museum paleontological of finds recovered from the excavations carried out in Sicily in over 200 years of studies and of research; as I said the assets of the museum consists of over six hundred thousand exhibits, including fossils and rocks, representative of the Four Ages Geological – 1) Precambrian; 2) Paleozoic (ancient life); 3) Mesozoic (middle life); 4) Cenozoic (recent life). Most of the exhibits are the result of the work of excavations that have occurred in about 200 years of activity of the scholars of the University of Palermo. The Gemmellaro Museum is owned by the University of Palermo and is a section of the Department of Earth Sciences and the Sea; it “tells”, with its precious exhibits, a long geological history about 300 million years.

The exhibition features of the Museum is of over 1000 square meters, and it can admire rocks and fossils, supplemented by numerous dioramas and paleo-environmental reconstructions illustrate the geological history of Sicily, starting from the oldest fossils of the Permian Sosio valley, about 270 million years ago; the Ammonites Mesozoic; Crystals of Sicilian Zolfare; the “elephants” that populated Sicily approximately 200,000 years ago.

The Gemmellaro Geological Museum has a long and interesting history, which in some ways is an integral part of the cultural history of our country, Italy.

The Geological Museum was founded in 1861 by Gaetano Giorgio Gemmellaro, who was the first Professor of Geology and Mineralogy at the University Palermotano.

Gaetano Giorgio Gemmellaro was born in 1832 and was the son of Charles, Professor of Natural History at the University of Catania and connoisseur of Etna.

Thanks to his father, Gaetano Giorgio soon became a promising geologist, in touch with the leading scholars of the time, including the Englishman Charles Lyell, considered the father of modern geology; precisely due to his friendship with Lyell, in addition to its deep knowledge of geology in volcanic environment, the young Gaetano Giorgio received from the British Government, in 1860, commissioned to carry out geological surveys in the Canary Islands. However, while he was in Marseilles to embark for the Canaries, hearing the news of Garibaldi’s landing in Sicily, Gaetano Giorgio Gemmellaro decided to return to the island and he has joined to the 1000 of Garibaldi. Gaetano fought for the liberation and to the taken of Catania.

Garibaldi, thanks to Giorgio‘s merits as well as for his reputation as a scholar, had appointed him Professor of Geology and Mineralogy at the University of Palermo through the Pro-Dictator of Sicily, Antonio Mordini. Gemmellaro was a renowned teacher and a researcher known and appreciated throughout the world, especially for his studies on the Ammonites; during his long teaching he was also Rector of the University of Palermo, from 1874 to 1876, and then from 1881 to 1883, and in 1892; finally he was appointed Senator of the Kingdom of Italy.

The same Gaetano Giorgio Gemmellaro, who had worked with hundreds of geological and paleontological excavations, has adjusted and expanded the geological museum, which existed since the beginning of the ‘800, inside the Cabinet of Natural History, giving it a new look and expanding the placements of the existing collections, both through suitable acquisitions and exchange rates, whether through the findings that he and his collaborators had been able to discover in the numerous studies and in the research campaigns.

In over forty years of management (Gemmellaro is died in 1904), the Museum increased its fame and became one of the most important European geo-paleontological museum, if not the most important in Europe. Since its establishment the Geological Museum was placed at the House of the Fathers Teatini in Via Maqueda in Palermo, today it is the houses the Faculty of Law. The allied bombing in 1943 forced a temporary closure of the museum and all the precious artifacts were packed and stored with care; in 1965, to meet space needs for educational secretariats, the museum was finally closed. 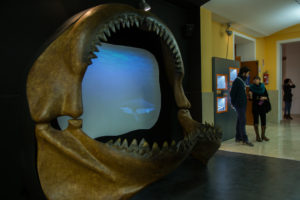 The museum has reopened its doors to the public in 1975. The new museum building is being Tukory 131 in Palermo (and current), which had meanwhile been transferred to the Institute of Geology of the University of Palermo. Although it has adequate space (the museum was placed in a single room on the ground floor), it was realized, thanks to the work of the then director Prof. Giuliano Ruggieri and conservative Dr. Enzo Burgio, in an interesting way of design of exhibition that illustrating the geological history of Sicily.

The museum was renovated and adapted to modern times, with the extension and with the modernization of the exhibition halls, in the February 6, 2015, in collaboration with the company Media & Service of Palermo. On that occasions were inaugurated three Virtual Installations of Culture at an Increased Impact.

The work was realized with the support, in co-financing of the Sicilian Region Department of Cultural Heritage, which made the Gemmellaro Museum much more attractive, dynamic, interesting and the visits now are immersive and interactive for the visitor.

The three virtual installations are visible in the three videos that are attached at the end of this article: 1) a slide-show photos (showing more than 150 photos of the Gemmellaro Museum, with some photos concerning the ongoing work to implement the virtual installations ) of about 4 minutes; 2) a scientific video, lasting 1 minute, of presentation of the museum and of the cultural installations at increased impact; 3) one last video lasting 2 minutes concerning the official visit of the Vice-Minister of the Ministry of Education of the Renzi Italian Government, Mr. Davide Faraone. 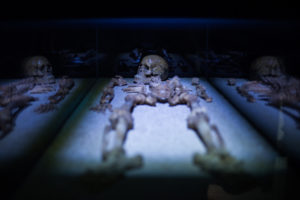 The Virtual Installations of Culture at an Increased Impact include:

These are the three videos mentioned in the article, with which you will have a lot of interesting information about Gemmellaro Museum:

Geological Museum Gemmellaro – Official Visit of the Vice-Minister of the Ministry of Education of the Renzi Italian Government, Mr. Davide Faraone:

For information and reservations for guided tours to Gemmellaro Museum Geological of Palermo, just contact the following numbers: